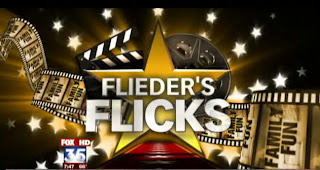 I can't close out the year without a walk down memory lane of some of the painfully terrible movies I've had the displeasure of sitting through. And what qualities make a movie destined to a life of shame on this list? For me, it's gratuitous violence, phoniness, pointlessness, juvenile comedy targeted for adults, and those all-too-common Hollywood Assembly Line flicks.

Below are my least favorite movies of the year, beginning with the worst of the worst, 'Tim and Eric's Billion Dollar Movie'.

Worst Films of 2012:
(Note: There were some films I smartly skipped in 2012, which is undoubtedly why they didn't make my Hall of Shame, including A Thousand Words, One for the Money, Joyful Noise, Tyler Perry's Good Deeds, Tyler Perry's Madea's Witness Protection, Piranha 3DD, Resident Evil: Redemption, Silent Hill: Revelation, Fun Size, Twilight, Alex Cross, The Cold Light of Day, and Red Dawn.)


And how about those movies that boast a great cast, but turn out to be a waste of talent. These aren't all terrible films, but just poor relative to the quality of the talent attached. Below they are ranked starting from biggest disappointment:

And how about those actors that show up in bomb after bomb?  Below is a list of the actors who had the worst overall year, ranked beginning with the overall worst.  (Don't you just know they're all going to show up in a movie together soon?)

Worst Overall Year in 2012:
Note: Dishonorable mentions go to Taylor Lautner and Sam Worthington, who didn't have multiple bad films in 2012, but deserve to be included here because of a lifetime of sub-par work.