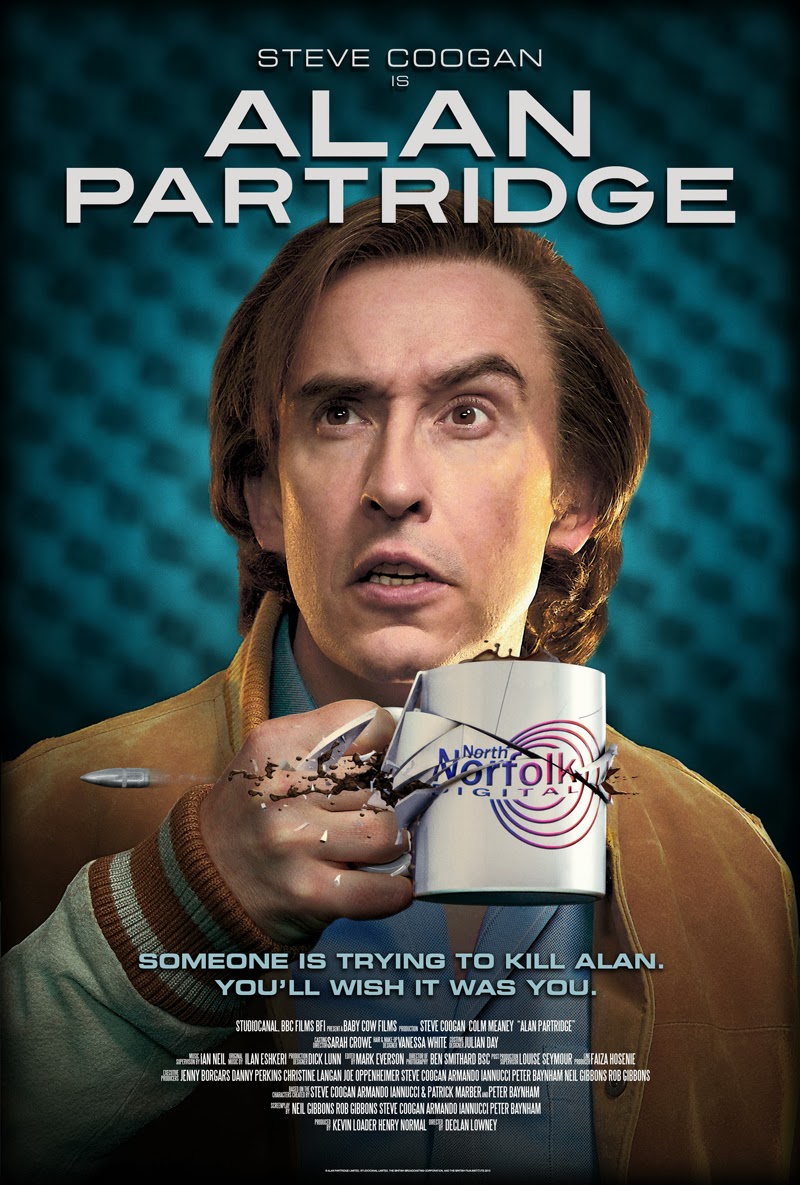 First off, let me come clean that I'm not one of the cult followers of Coogan's multiple Alan Partridge series. They may be excellent, but I've only had limited exposure to them. Though I became an instant fan of Coogan's when I saw 'The Trip' in 2010. I instantly knew what many British and some Americans discovered long before me. Steve Coogan is a comic genius. He probably delivers more comedy per minute of screen time, with his trademark quick, dry delivery, and sometimes just with an expression. And per usual, Coogan delivers a lot of comedy here. Some of it works. Some of it doesn't. Of course, with that said, a movie is only as good as good as its premise, and this movie's premise was already done at least once before in 1994, in mediocre style, when Adam Sandler, Steve Buscemi, and Brendan Frasier took Michael McKean hostage in 'Airheads'. Sure the motive is different. And yes, this one features the always great Colm Meaney. But the premise and script are still only so good. It's enjoyable, but it isn't 'The Trip'.

'Alan Partridge' is now available on Video on Demand.

Who is this movie for?  Well, Alan Partridge fans, of course.  And in general, fans of the goofier Steve Coogan.  Personally, I'm a 'Philomena' kind of guy.  But I did love 'The Trip' as well.
Posted by Flieder on Film at 12:02 AM