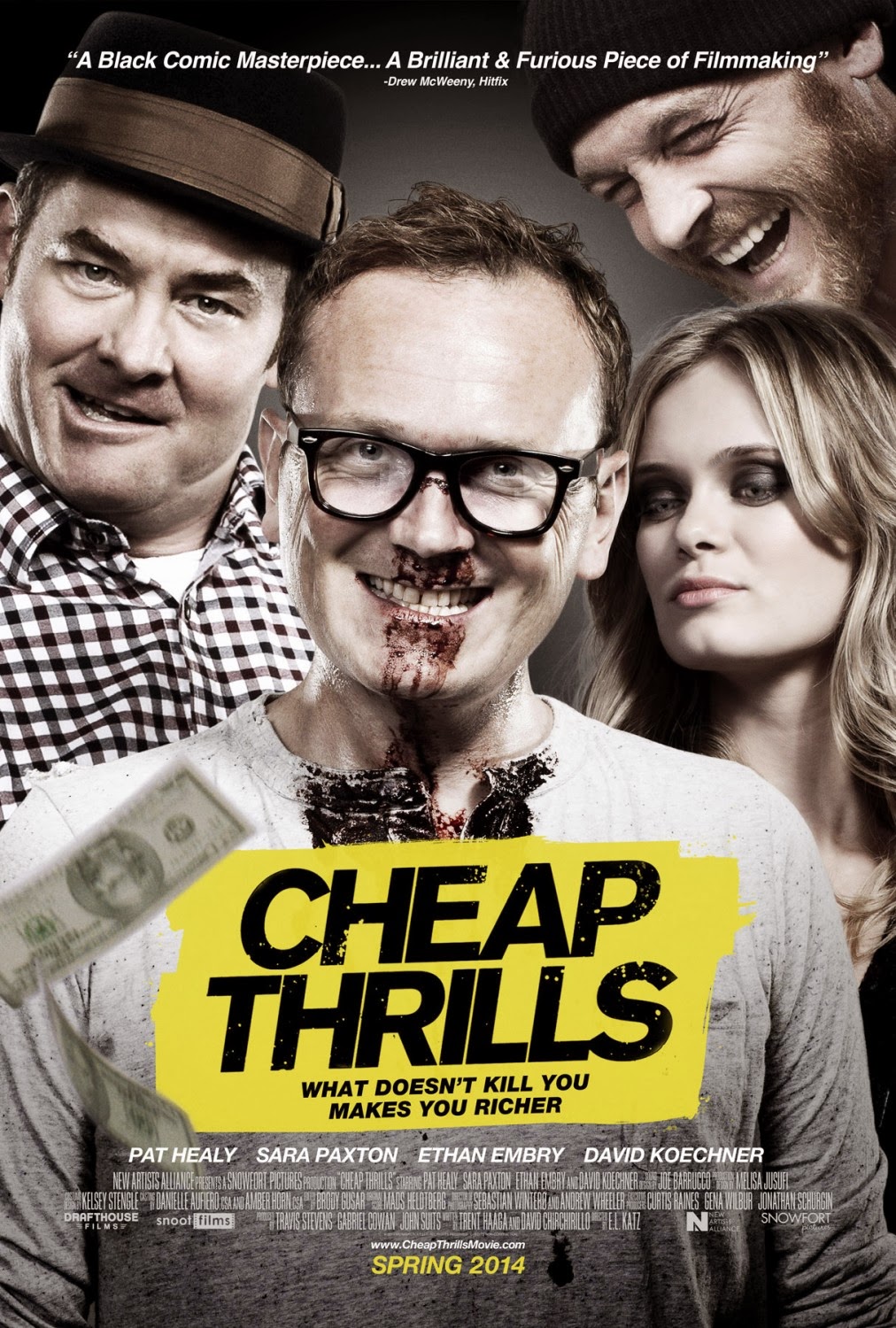 A rich man (David Koechner) looking for twisted entertainment for himself and his trophy wife (Sara Paxton) tempts two down-on-their-luck old pals (Pat Healy and Ethan Embry) to do increasingly bad things for money.  Of course things escalate and spiral out of control in this dark and violent gore-fest.  Unfortunately the thrills aren't the only things that are cheap, as the movie itself lacks decent production values.  And the fairly predictable script (at least by mid-way) makes this less fun than I would have hoped, particularly because the cast is good.

'Cheap Thrills' is now available on Video on Demand.

Who is this movie for?  Those who enjoy violent and gory low budget midnight films billed as dark comedies, when in actuality there aren't any laughs at all.