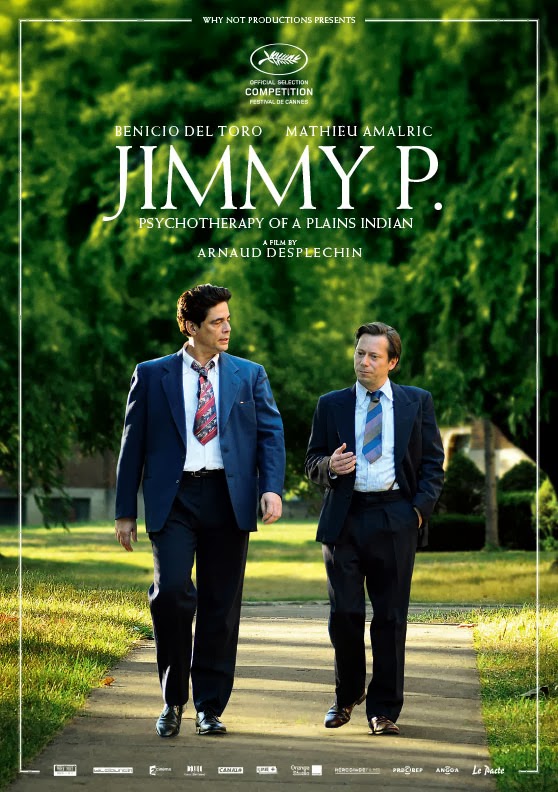 Benicio Del Toro stars as an American Indian suffering from headaches and other symptoms which he attributes to his service during World War II, but he undergoes psychotherapy to discover the real roots of his problems.  This is a quiet and slow dialogue based film, often consisting of conversations between patient and therapist, which offers a few interesting reveals, but there's just too much sluggishness between sessions.  David Cronenberg's 'A Dangerous Method' with Michael Fassbender, Keira Knightley, and Viggo Mortensen is a hell of a lot more engaging film about psychotherapy, but Del Toro is always superb and makes an otherwise dull film almost worth watching.  Almost.

'Jimmy P.' is now available on Video on Demand.

Who is this movie for?  Those of you who understand the value of a good therapist in getting to the root of your psychological disorders and are down with a sloooow movie.