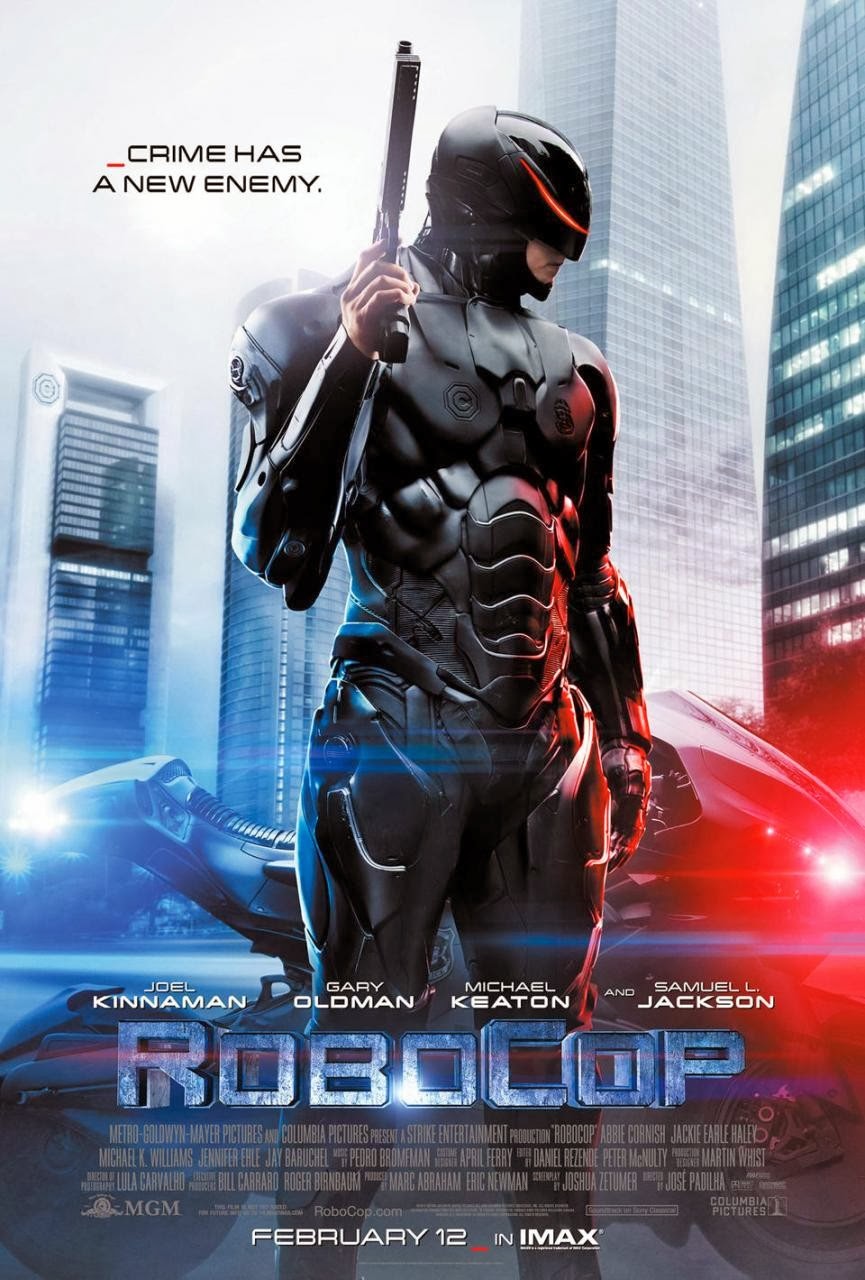 Few weeks highlight nearly as well as this one the fact that Hollywood is out of new ideas, as 'Robocop' is actually the third remake released this week!  ('About Last Night' and 'Endless Love' are also based on earlier films of the same titles.)  But at least none of these films are based on toys, so I really shouldn't complain.  And in fact, if ever there was a franchise that sorely needed an update, it might be this one.  I rewatched the 1987 original over the weekend and either it doesn't hold up or it was never all that good to begin with (and 14 year old me just didn't have nearly as refined taste as 40 year old me) because it was cheesy as all Hell.  It's rare for me to say a remake is better, but this one is.  For one thing, this one does a much better job of handling the origin story, and the internal conflict between the man and the machine.  For another, all of the characters are more fully fleshed out human beings.  In real life, there is rarely a clear cut good or evil.  These characters have shades of grey.  And, all due respect to Peter Weller, Ronny Cox, Miguel Ferrer, and Ray Wise, but the cast here is a much better group of eclectic character actors including Gary Oldman, Michael Keaton, Jay Baruchel, Jackie Earle Haley, and of course the always recognizable Lawrence Fishburne ... errr, I mean Samuel Jackson!  (My bad!)  This isn't a must see but it's certainly better than it could have been, and a reasonably fun watch.

Who is this movie for?   Dudes.  Chicks have better options this week.