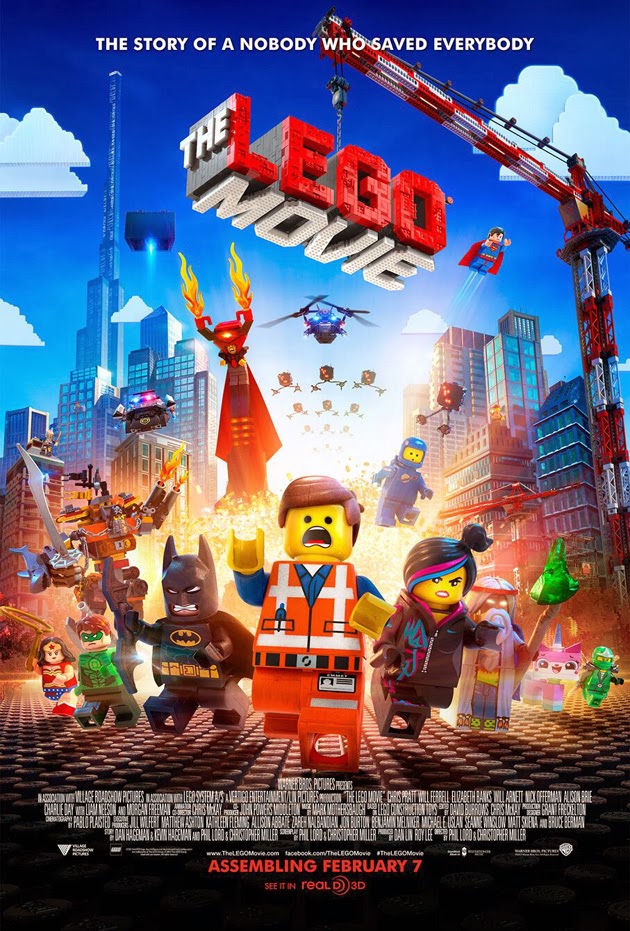 OK, here's the deal ... generally speaking, I think I'm a pretty good movie critic.  (Although I have plenty of friends and fellow critics who might disagree with me on that.)  But just like any movie fan, there are specific genres that I love and those that I just don't get.  I try to be unbiased when I review a movie, and even if it's not for me, I do try and review it fairly for those of whom it is targeted.  But I just don't think I can do that with most animated films.  Most of them seem the same to me.  I do tend to like Pixar and Disney animated films the best, particularly if they are musicals and/or have moments of real poignancy.  But these animated comedies?  They just lull me into an unavoidable coma-like nap.  (And don't get me started on a rant about movies based on toys!  Transformers?  G.I. Joe??  Battleship???  And now Legos????  Can you say merchandise tie-in?  I can hear the kids now ... Mommy, I NEED that $200 Batman Lego set!)  So, I don't know what to say about this movie.  Yes, it's got some clever moments, particularly towards the end.  Yes it's got a catchy song that may get some recognition next year.  Yes, your kids will probably be mesmerized by it.  Yes, you may even enjoy it yourself.  But no, I didn't enjoy myself (for the most part.)  Though, no, that doesn't mean it's bad.  It just means I don't have the animation appreciation gene.  There, I said it.

Who is this movie for?  If you like the Madagascar, Ice Age, and Kung Fu Panda franchises, you'll probably be entertained.  I don't and I wasn't.