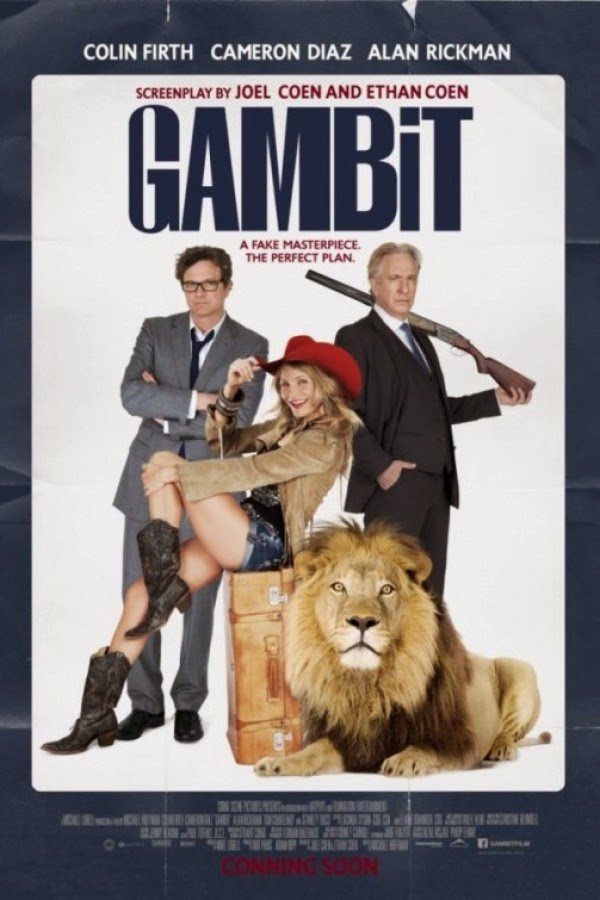 How does a film starring Colin Firth, Cameron Diaz, Alan Rickman, and Stanlet Tucci, and written by the Coen brothers take a year and a half after its release in the UK to come to the US only to make a silent debut on Video on Demand?  Easy, it's not particularly good.

Firth plays an art curator who works for a rich jerk, played by Rickman.  So he decides to con him into buying a fake Monet, with a little help from a Texan girl played by Diaz.  It's a remake of a film from 1966 starring Michael Caine and Shirley Maclaine, and though it has everything going for it, it squanders it and never achieves any scenes or plot twists that make it worth the time I waited to see it.  Dag, rough day.

Who is this movie for?  Even big fans of Firth, Rickman, Diaz, Tucci, and the Coen brothers will probably agree it's only fair at best.
Posted by Flieder on Film at 8:56 PM