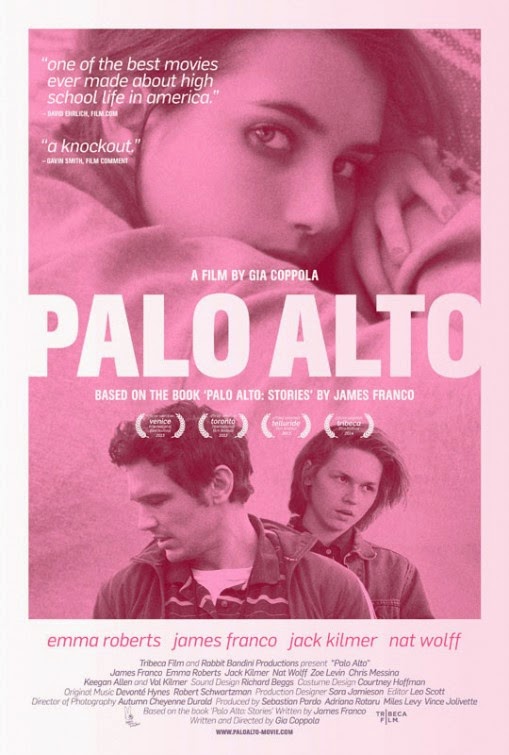 I'm not sure what's more annoying.   Whiny overprivileged troubled teenagers?   Or the fact that there's yet another Coppola director, Gia, Sophia's niece, thereby cementing the Coppola's as the most rampant case of nepotism in Hollywood?   Personally I've had enough of both.

Coppola wrote the screenplay based on an (at least semi) autobiographical short story by James Franco who also has a role in the film as a high school coach who comes on to his student babysitter (Emma Roberts). The rest of the ensemble cast are the aforementioned whiny overprivileged teens who continue their self destructive behavior (drugs, alcohol, sex, and violence) despite having all the environmental conditions one could hope for.

It's not that this movie is bad. It's ok. It's just nothing new, nothing surprising, and nothing special.