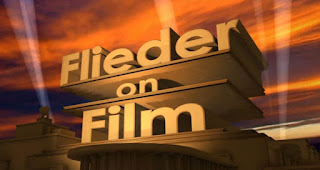 
Additional Films Not Reviewed:
American Ultra
Amy
A Borrowed Identity
Inside Out
Minions
Paper Towns
Phoenix
Pixels
Kahlil Gibran's The Prophet
Ricki and the Flash
Rosenwald
Shaun the Sheep Movie
Sinister 2
Straight Outta Compton
Vacation
We Are Your Friends
Posted by Flieder on Film at 12:20 AM No comments:


Additional Films Not Reviewed:
American Ultra
Amy
A Borrowed Identity
Inside Out
Minions
Paper Towns
Phoenix
Pixels
Ricki and the Flash
Rosenwald
Shaun the Sheep Movie
Sinister 2
Straight Outta Compton
Vacation
Posted by Flieder on Film at 12:00 AM No comments: 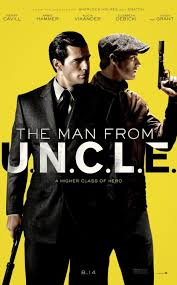 Guy Ritchie helms this revival of the 1960's TV spy series, with Henry Cavill (Man of Steel), Armie Hammer (The Lone Ranger), and Alicia Vikander (Ex Machina) in the leads.  As usual Ritchie brings his trademark sense of style to it.  But style is really the best thing this flick has going for it.  Sure, the leads are all attractive and suave, but in a year of crazy spy movies, ranging from the ultra cool Kingsman: The Secret Service, to the spoofy Spy, to the action packed Mission: Impossible - Rogue Nation, and to the upcoming Bond, Spectre, this one is arguably the messiest.  (And I may even include the fun comedy mess that is Mortdecai when I say that!  This is not to say that the film is a complete mess.  It's not.  I give Ritchie credit for creating something that stands out visually from the pack.  It's just not a whole lot of fun.  For me, the rare times when the film did come alive usually had to do with supporting character Hugh Grant who has painfully little screen time.

Who is this movie for?  If you've see everything else on the big screen already, feel free.  But you can do is better.
Posted by Flieder on Film at 11:11 PM No comments: 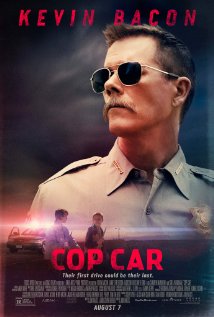 Two dumbass runaways happen upon a cop car and decide to take it on a joy ride.  What they don't know (aside from everything apparently) is that the car belongs to a cop who's into some bad $#@%.  This dark indie from Sundance is a bit too slow and lacks a beginning and an ending, yet I still kinda liked it.  It's saved by good performances from Kevin Bacon, Shea Wigham, and Camryn Manheim, a short run time, and its pure indie spirit.

Fun Fact:  Director Jon Watts parlayed this into directing the next Spider-Man reboot.  Not sure how I feel about that.  He's got a good eye for performance and cinematography, but seems a bit weak on storytelling.

Now in limited release in theaters and also on Video on Demand.

Who is this movie for?  It's only 87 minutes and you can watch it at home, so if you love the Sundance fare, go for it.
Posted by Flieder on Film at 10:41 PM No comments: 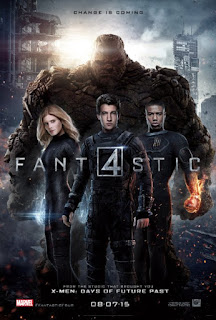 Hey you comic books geeks, it's time for yet another Marvel super-hero reboot.  For those who don't recall, the last Fantastic Four films came out in 2005 and 2007, but weren't well received to say the least.  So a decade later they're giving it another go with a completely different cast.  And yes, this is another origin story.  And that's two major problems with this movie.  One, do people really want to see another Fantastic Four movie?  And two, do we really want to sit through yet another origin story?  I know my answer to both questions is a resounding no.  Though I must admit I didn't think I wanted to see an origin story about Ant-Man, and that was actually quite entertaining.  So the lesson learned is, it's not what property you use, it's all about how you use it.  In this case, it's pretty blah.  The cast is decent, with the Four made up of Miles Teller, Kate Mara, Michael B. Jordan, and Jamie Bell.  And there's nothing technically wrong with it.  But overwhelmingly there just isn't anything to love or even like here.  There's no comedy.  There's no sense of danger.  Dr. Doom is a classic Four villain, but he just doesn't shine here like, say, Magneto in the X-Men films.  In short, this movie isn't terrible but it is boring.

Who is this movie for?  Only die hard Marvel comic fans need bother.  The rest of you should pick something else for your weekend movie.
Posted by Flieder on Film at 12:01 AM No comments: 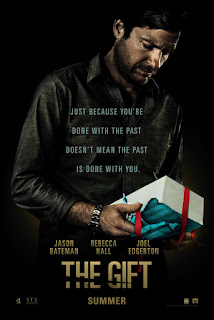 Jason Bateman and Rebecca Hall play a successful couple who've just moved back to his hometown for a new job opportunity.  But when a man from his past (Joel Edgerton) recognizes Bateman from way back when, things turn uncomfortable in this suspenseful thriller written and directed by Edgerton.

Unlike many films billed as suspenseful, this one actually delivers.  It's tense, and even scary (though not over-the-top scary.)  The cast is just right.  And I didn't see exactly where it was headed (which is refreshing for a wide release thriller).  It isn't perfect, and there are a few things I find a bit hokey, but overall I quite enjoyed it.

Who is this movie for?  If you're looking for a break from all the action heavy and super hero films of summer, treat yourself to a smaller suspenseful thriller.
Posted by Flieder on Film at 12:00 AM No comments: